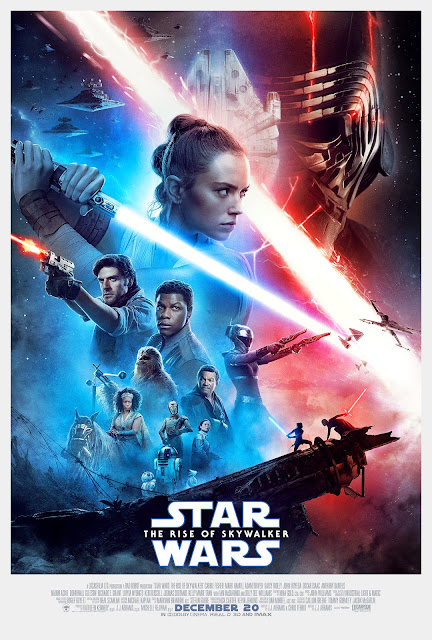 The latest Disney version of a Star Wars movie looks about like the last two.
The corporation's acquisition of Star Wars and Marvel bodes ill for film. It means no daring stories, nothing original, nothing that questions or challenges, only anemic overhyped sequels and remakes.
Star Wars (1977) was an organic phenomenon that grew from the mind of an artist steeped in the knowledge of samurai movies, a brain baptized in the fires of comparative religion. George Lucas gave us a groovy galaxy of ancient aliens in martial arts clothes and spaceship-flying Bigfeet at a time when word of mouth and magazines were real.
Now there is no groundswell. The Empire merely co-opted the message which opposed it.
So now we have a third time of the names of the memorable original characters worked in with those of the forgettable new ones, plus thematic events from the real movies regurgitated back in the guise of an actual story in order to milk a global market of perpetually hopeful moviegoers.
That said, taken for what it is, pleasure can be derived. Of the supposed three trilogies and no more, plus two offshoots already thrown in--Rogue One and Solo--The Rise of Skywalker falls somewhere in the middle, neither among the best of the bunch, nor among the worst. (Hate-worthy Solo bears that latter distinction.)
Rey (Ridley) must confront the Dark Side of the Force within her, while Kylo Ren (Driver) must contend with the Light. Together, they become like artificially colored and flavored yin and yang, speaking in prestige British.
Much more attention went into developing Rey and Ren than any of the other characters, who are sort of just there. What was the Rebellion versus the Empire is now called the Resistance versus the First Order.
Yes, Rise of Skywalker contains nonstop motion, but lacking in fresh ideas and characters, that doesn't make it action.


Stewart Kirby writes for
THE INDEPENDENT

Posted by Stewart Kirby at 3:26 PM No comments: 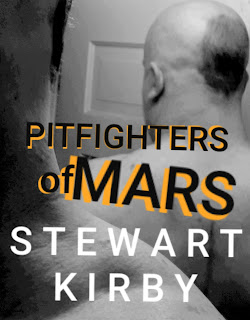 
An intriguing plastics-removal device is the subject of this "current" episode of the newspaper column show.
Posted by Stewart Kirby at 3:52 PM No comments:

The beginning of the long-awaited sequel to OMANDRUIN...
Posted by Stewart Kirby at 10:29 PM No comments:

JUST HERE FOR THE DOLLARS - 2

In Madrani a man once died purely from the starvation of not wearin" a vest...
Posted by Stewart Kirby at 9:10 PM No comments:

JUST HERE FOR THE DOLLARS - 1


The West.
A time when Buster and Chester Burgess, the Telepathic Twins, were known throughout Humbaba County...
Posted by Stewart Kirby at 4:53 PM No comments:

All just part of the process.
Posted by Stewart Kirby at 2:29 PM No comments:

To dig the grooviest grove on the web all the time...

...type your email address in the box! 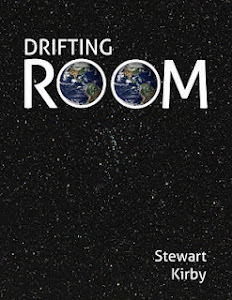 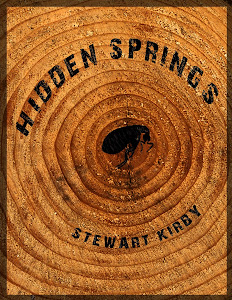 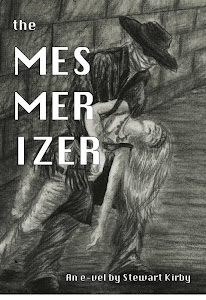 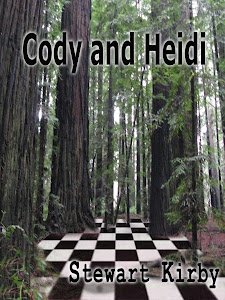 "Wow! You want to read something fresh? This is it. Fun wordplay. It's a cleverly written tale of the strange happenings in a rural community. It's serious, it's funny...Its universe is both familiar and oddly surreal, and I found it delightful to visit." David Wilson, Amazon Customer Review of CODY AND HEIDI 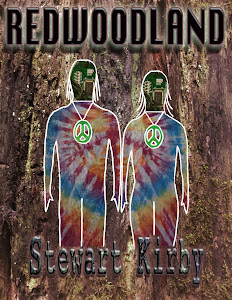 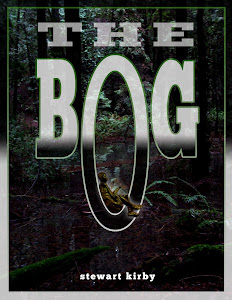 To be serialized later this year....

#7 AVENUE OF THE GIANTS 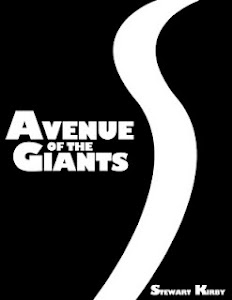 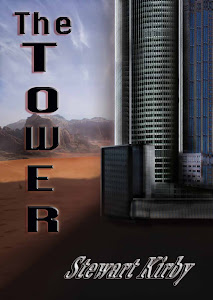 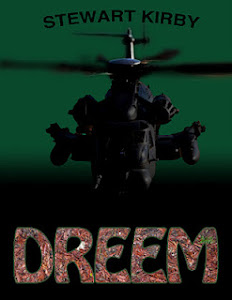 #10 VISIONS FROM THE GUTTER (SHORT STORIES) 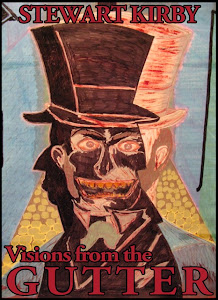 The story takes place in the small town of Madrani in the redwood forest. There were strange things going on that kept me engaged, the reason partly being due to the interesting narration and the main character’s voice. It reminded me of the descriptive ramblings of Arlo Guthrie doing "Alice’s Restaurant," only with higher octane.
It’s a casual read and then again it isn’t. The eventful but not overly complex story uses descriptive word groupings that, in itself, entertains. You will want to take your time and let the verbal constructs take hold. There were “caves of problematical intricacy,” and a trek through the forest mentioned trees with “boughs outstretched like gem-laden supplicants bearing offerings before the ancient giants.” Truly poetic.
When I read this mastery of words, I had to wonder if it easily flows to the author or does he take the time to labor over the most creative way to put together a concept or description? Stewart Kirby’s literary work comes across as play, seeming natural, yet brilliant. As far as being creative, the funny but creepy little twitching doll in this book is a good example. The names of the local businesses in this town were a hoot. There was also some twisted humor when one character builds the perfect, dirty sandwich (with not so nice intentions). It had me laughing out loud as the deed progressed.
The plot moved forward without a dull moment. I’m looking forward to the next book of “uncanny tales of the redwoods in the hugely Hippie haven of Humbaba County,” as Kirby calls them. I suspect it is just as campy, witty and fun as this one.

Grooviest Grove on the Web --~ 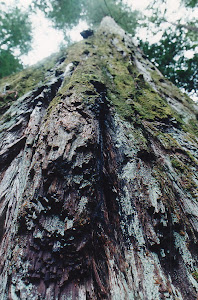